PRECISE CALCULATION OF TRANSPORT AND PEDESTRIAN FLOWS, “INVENTORY” OF STREETS AND ENVIRONMENTAL RESEARCH

Modern software and hardware designed specifically for research needs allow receiving digitised data on the movement of vehicles and pedestrians quickly and accurately in a geo-informational format.

The initial stage of collecting data on street traffic is a video recording on principal street hubs. This is a series of 15-minute videos recorded in the morning, afternoon and evening. Depending on the conditions, shooting is made from the ground or in the air. Aerial photography provides a one-time capture of the entire investigated hub and surrounding areas. The shooting height (from 50 to 250 m) is defined due to the plots’ size. The urban environment imposes certain restrictions on aerial photography (high building density, the presence of obstructing objects, proximity to sensitive objects) and in cases where aerial photography would be ineffective, video materials are collected using ground-based panoramic cameras.

In the process of detection,the identification of objects such as pedestrians and vehicles is performed by the neural network. Vehicles are classified as ‘car’, ‘freight transport’, ‘public transport’.

As a result, all identified and classified objects are placed over the shots of the original video. The neural network identifies all the objects on the shot, including parked vehicles and standing pedestrians.

Unlike the static camera, quadrocopter is sensitive to the gusts of wind. To avoid the shifting of video tracks in the process of geo-referencing, all the videos shoot from air shall be stabilised in the very beginning of the work.

Tracking is an algorithm for calculating the trajectories of objects that appear within the scope of the camera. Artificial intelligence processes shot by shot, predicts in which areas the object appears on the next shot and determines the speed of its movement. As a result, digital motion paths are created.

At the tracking stage, the neural network discards both static objects and extremely short trajectories and also connects the paths that were interrupted due to obstructing (trees, lights, rooftops).

Further, the received digital paths must be displayed on the map. Remapping is a projection process. The trajectories of vehicles and pedestrians are referenced to world coordinates and become a geo-referenced data. In the case of ground-based shootings, the algorithm reprojects data from the local coordinate system of the panoramic camera to the plane, focusing on the reference point system.

The final stage of data processing is the clustering of objects motion paths. This process generalises and systematises the information received about the movement of objects. Clustered trajectories are presented as a scheme of the crossroad, as well as the character of the road users movement. Tracks received at this stage are also referenced to world coordinates. 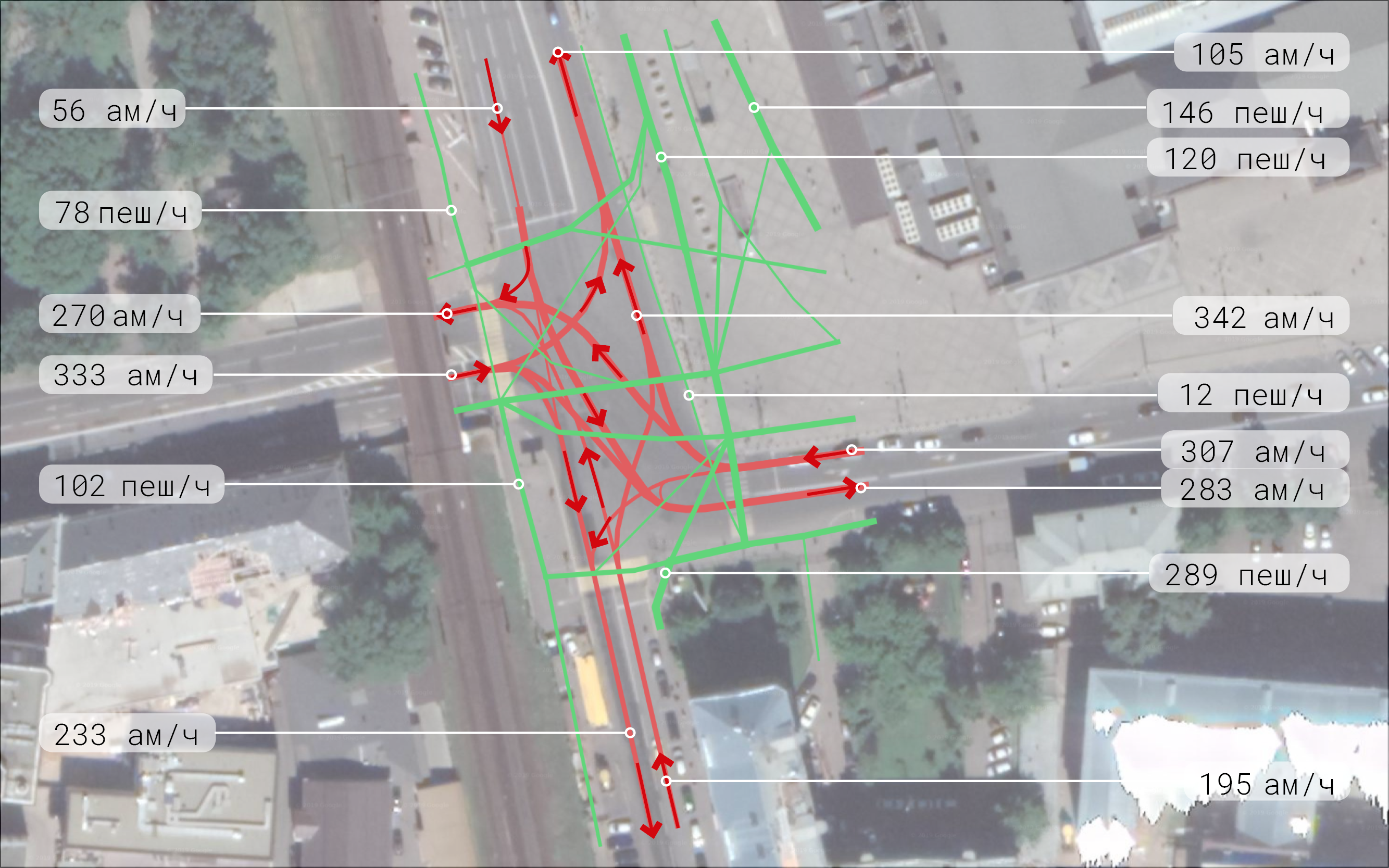 The information obtained becomes the raw data for the streets development and the creation of public spaces. 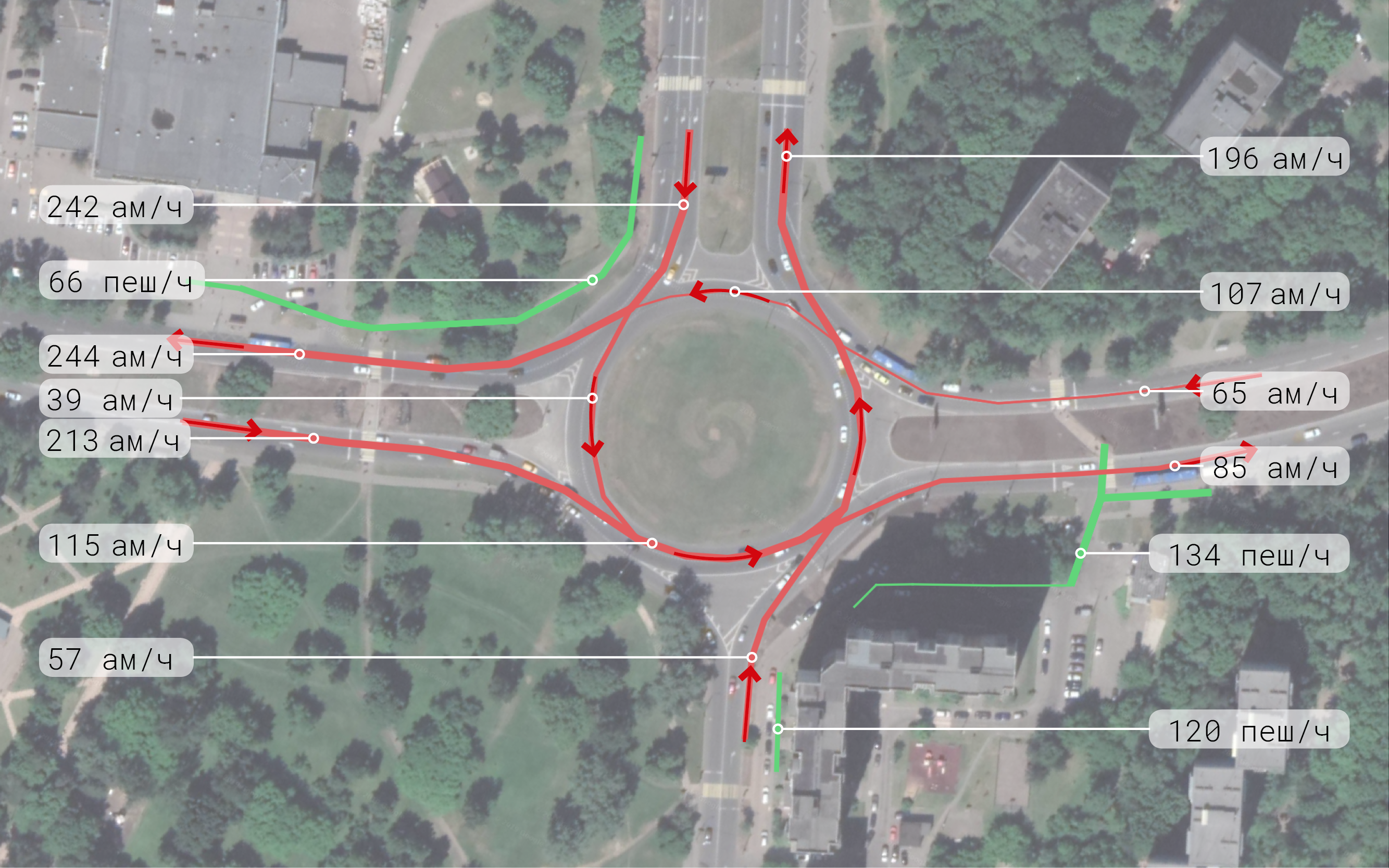 In several Russian cities, an automated method for calculating traffic and pedestrian flows has been successfully used as part of comprehensive environmental research. 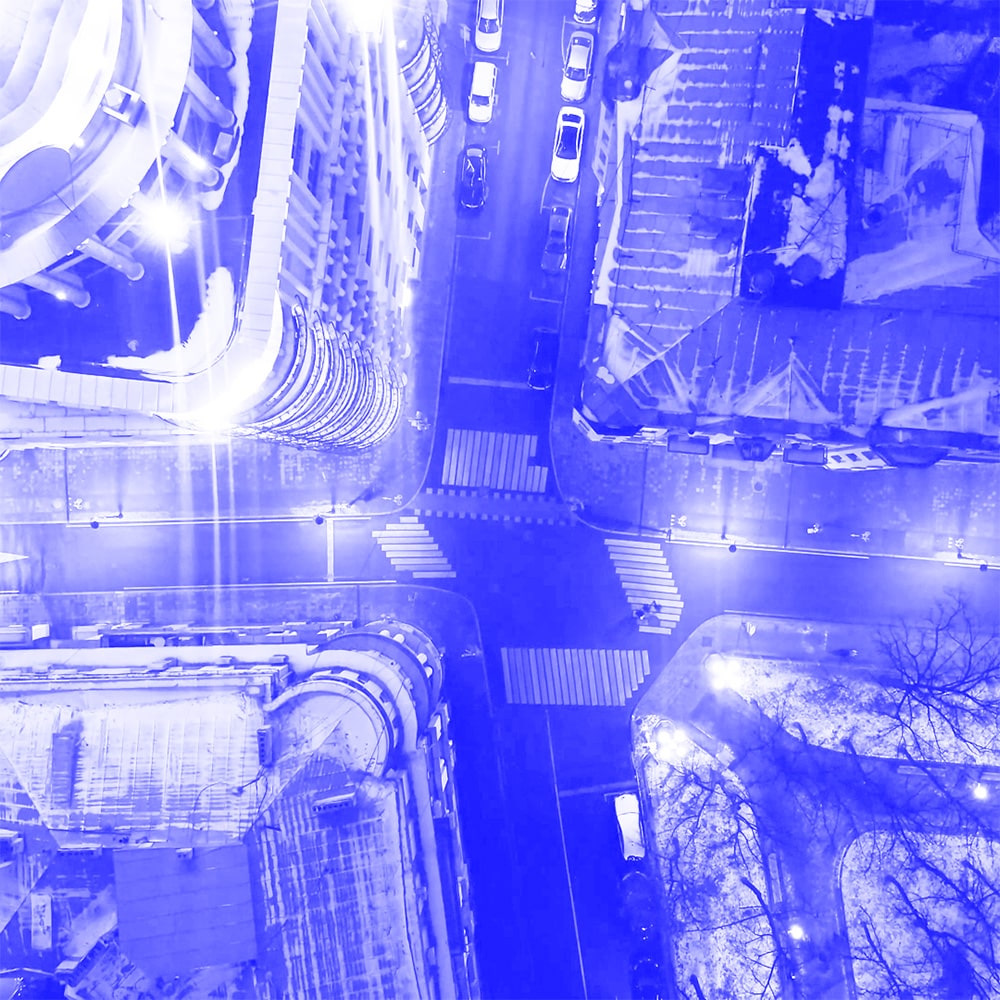 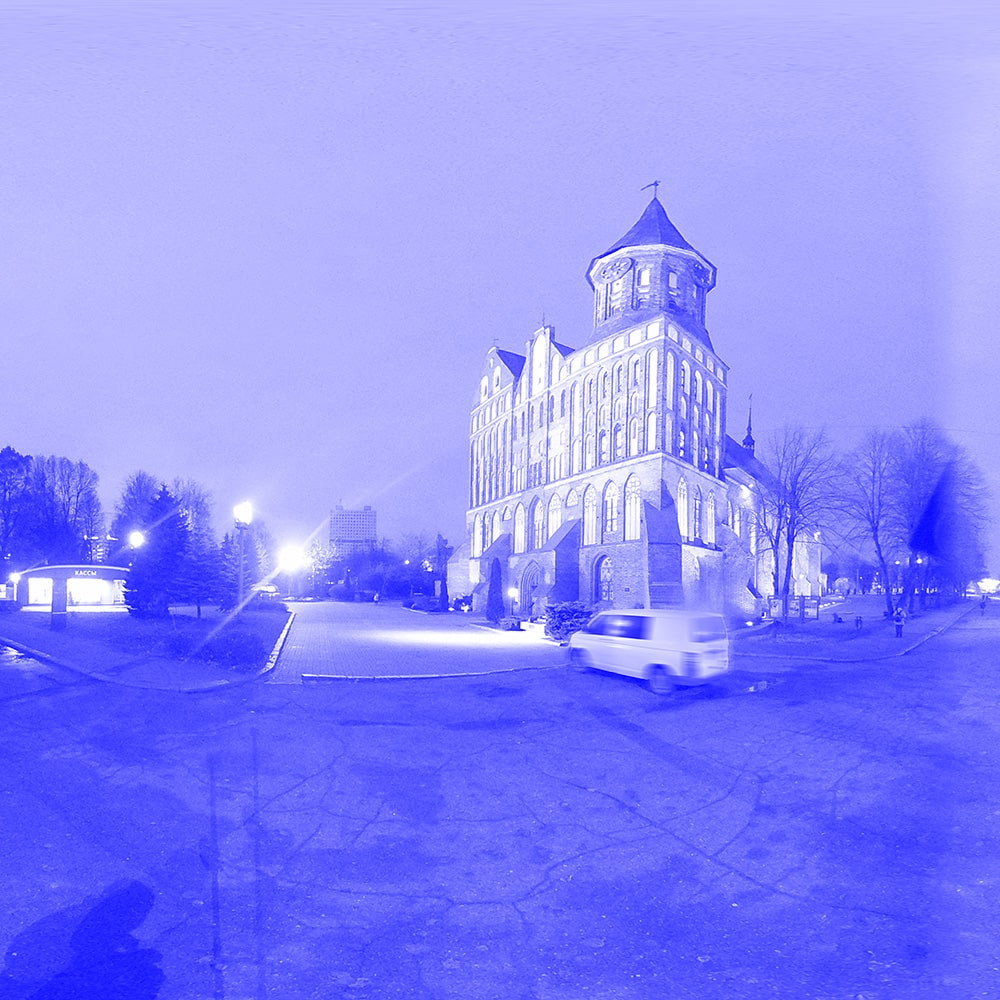 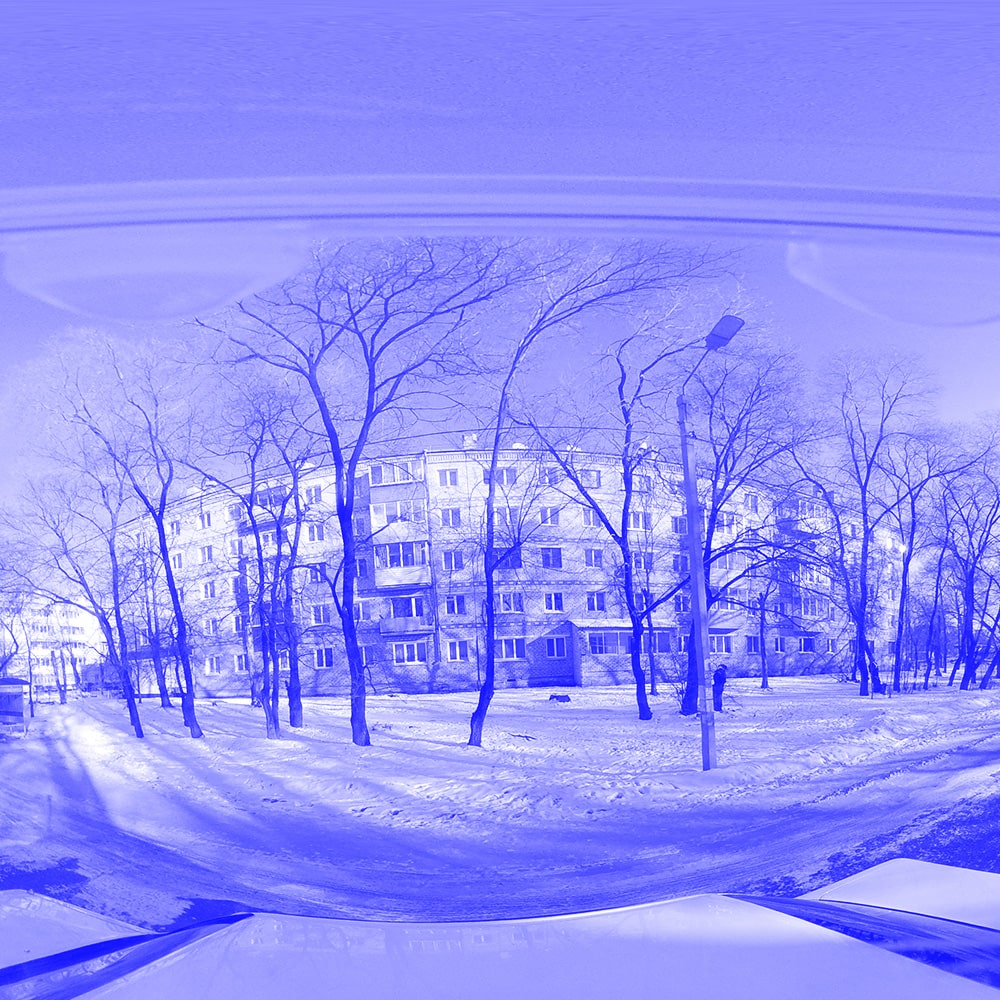